White pepper is one of the world’s most favorite spices in history. Peppers come from the family Piperaceae. Its botanical name is Piper Nigrum. In the ancient times, pepper was considered very valuable. Pepper berries look like grapes and they grow in vine clusters that rise really tall (about ten feet or so). 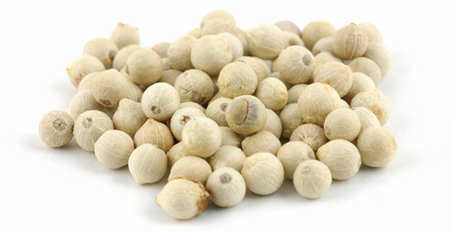 What Is White Pepper?

White pepper comes from the dried fruit of the pepper plant, piper nigrum. With white pepper, the dark outer skin of the pepper fruit is removed by soaking before the seed is dried. 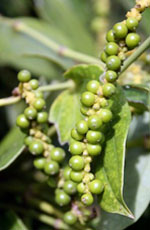 Pepper is grown in soil that is not very dry, but not also very dampened, although it needs proper moisture to grow well. Propagating the plant requires cutting forty centimeters of the vine, and tying this to a frame or tree. Plants surrounding the vines must be removed so as not to compete with its growth, but there must be sufficient shade and ventilation left, too. The roots of a pepper plant feeds on manure and mulch and it should be trimmed every six months. If it's the dry season, the young plant must be watered daily. On its fifth year, a plant will then bear fruit and will do so for a period of seven years. Each stem from the vine will yield about thirty fruiting. When the fruit turns red, it is an indication that it is ready for harvest. For white pepper, the fruits are allowed to mature even further. 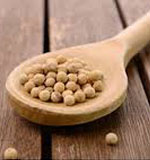 White pepper, or sometimes called pepper corn, is a kind of pepper that comes from tropical berries called Piper Nigrum. It is actually made from the seed of the plant, once the fruit flesh is already stripped down. The fruit from which white peppers come from are made to ripen fully before they are picked. The fruits (berries) are then soaked in water for several days. Once the flesh has decomposed and softened, it is rubbed or scraped until the seeds come off. The seeds are then dried up until it becomes grayish or white. After which, it is sold in the market as either whole or grounded white pepper. 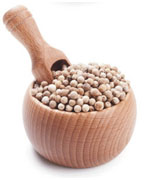 Pepper is usually found in every kitchen or dining table along with salt. The spice is a favorite because it brings out the flavor and aroma of many cuisines. It also acts as a food preserver. To a great extent, white pepper is sprinkled on food to preserve the appearance. White pepper is also good for marinades, salad dressing, stews, pickling and poached fish.
Pepper stimulates our body's gastric juice which is very important for proper digestion. It is also used as an alternative medicine which helps improve flatulence and intestinal upsets. In some cases, it relieves nausea and may even help reduce fever and chills.

1- Weight loss - Pepper contains a chemical known as capsaicin, which is the ingredient that makes peppers, has hot properties. Capsaicin is also good to help you lose weight. Capsaicin is commonly found in weight loss pills and some other supplements.

2- Arthritis - Capsaicin also acts as an anti-inflammatory which makes it works to reduce the swelling and pain in those who suffer from arthritis.

3- Cancer - A study by British scientists at the University of Nottingham and other studies by the American Association of Cancer Research reported that capsaicin found in peppers are actually able to kill certain cancer cells, especially prostate cancer cells.

4- Headache - The content of capsaicin in pepper can also serve to block neuropeptide known as substance P, which is the main transmitter of pain to the brain. So when we are eating pepper pain in the head will be able to alleviate the symptoms

5- Nasal congestion - This one may seem a bit obvious. Hot pepper caused by capsaicin can clear your sinuses. It even helps to fight sinus infections with air duct cleaning. This means we really can breathe easier with the help of this pepper.

6- Stomach pain - Peppers could not cure heartburn, but at least they can prevent the disease. The heat from the pepper can kill bad bacteria in the stomach and intestines that is the cause of stomach ulcers.

7- High blood pressure - Pepper, chili in general has a lot of flavanoids, Vitamin C and Vitamin A, which is a substance that can lower a person's blood pressure

8- Heart health - Too much fluid in the body can be bad for your heart. With the abundance of fluid around the heart wall will result in a strain on the heart and it is potentially harmful cardiac performance. One sign of too much fluid retention is a swollen ankle. Other symptoms, difficulty breathing, because too much water can suppress lung. Why pepper can help maintain a healthy heart? Because pepper causes us to sweat and the more we sweat the fluids in the body is reduced.

9- Anti-oxidants - Because of flavanoids and vitamins found in pepper so it is good for anti-oxidant, which means they work in the bloodstream to help the body fight anything that threatens the cells damage.

10- Exfoliation - Use freshly crushed white pepper for this purpose as use of this scrub helps remove the toxins from the skin to attain a soft and radiant skin. At the same time, due to the anti-oxidant properties of pepper, it would promote the circulation of blood and oxygen in the skin making it more energized and fresh-looking. 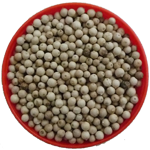 Over the last 20 years pepper exports have increased from 76,816 tons to 197,447 tons recording an annual growth rate of 5%. Today, Vietnam is actually the world’s largest producer and exporter of pepper, accounting for 34%, while India now provides 19% of this spice. It’s interesting to think that pepper was once currency and now pepper and pepper grinders are items found in just about every home. 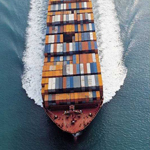 United States is the number one importer of pepper in the world. United States imported more pepper than any one country exported. United States bought a total of 18% of the world’s pepper in 2009.
The next largest buyer of pepper was Germany, who bought less than half that of the United States. Countries like Canada, Russia and Japan who preferred pepper from India have now switched over to other import hubs such as Vietnam.

Recipe for Beverages with White Pepper 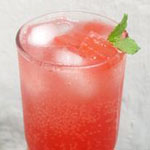 A: Puree flesh of the watermelon in a blender.
B: Pour the flesh into a large bowl, then add sugar and white pepper.
C: Cover and place in your refrigerator for 2 days. (You’ll begin to notice the liquid separating from the fruit.).
D: Strain out solids; add champagne vinegar.
E: Store, covered, in large mason jars or bottles leaving at least half an inch of head room for 1-2 weeks. (The longer the shrub ages, the more mellowed out the flavors should become. Just keep it in your refrigerator).

Recipe for Cooking with White Pepper 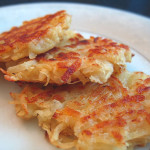 A: For the latkes, finely grate the potatoes and onion and mix together.
B: Place the grated potato and onion into a colander and squeeze out as much moisture as you can. Or roll up the potato and onion in a clean kitchen tea towel and wring well to extract the liquid.
C: Mix the potato and onion with the flour, egg and salt and freshly ground white pepper.
D: Heat the oil in a frying pan until moderately hot and then place heaped tablespoons of the mixture into the pan to shallow-fry. Lower the heat to medium, flatten each latke with the back of a spoon and fry for about five minutes on each side, turning over when the edges turn golden-brown. If the heat is too high, the latkes will become dark-brown on the outside before they are cooked inside.
E: Remove the latkes from the pan and drain on brown paper bags (they absorb the oil, leave the latkes crisper and the latkes won't stick to the paper).
F: Serve the latkes hot with soured cream and apple sauce.

Recipe for Dessert with White Pepper 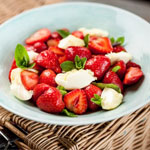